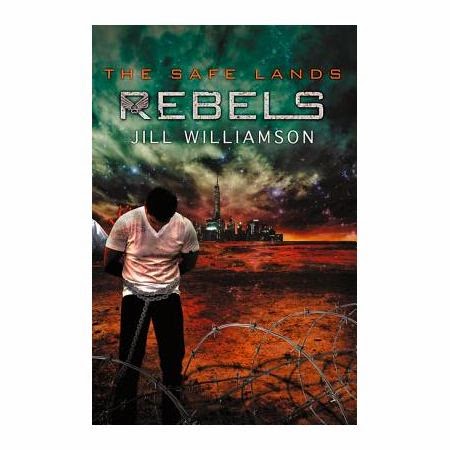 Book #3 in The Safe Lands series

The remnant of Glenrock has been scattered. But they are not beaten.
The Safe Lands have long kept the true meaning of Liberation secret from their people. But after being sentenced to Liberation themselves, Mason and Omar soon discover the truth.
Levi watched his brothers’ public sentencing and tries to hold out hope they are still alive, He is forced to focus his attention elsewhere, however, when his new wife, Jemma, is captured and made the Safe Lands’ newest Queen. His only choice to save Jemma may be to take up Omar’s old role of undercover vigilante, leading the rebels in their quest to overthrow the government. But will Levi’s new role be enough?
Meanwhile, Jemma’s sister, Shaylinn, is ready to give birth to the “Safe Lands’” children … but not even Ciddah is sure they can be delivered safely in the midst of a rebellion. And Mason must face the fact Omar’s illness could be fatal.
If they can all unite their efforts, together they may be able to expose the Safe Lands’ lies to the people. But if they fail, they will all surely die.

MY REVIEW:
It isn't often that I truly advocate reading books in order... as in DON'T read this book until you read books #1 and #2 but I would certainly do that in this case. The whole series is AMAZING, but you will be lost if you start here. So AFTER reading #1 and #2 then by all means you will need to dive into Rebels to see what is going on. The characters of Glenrock are wonderful and exciting in their flawed lives as they try and take back the lives they lost when their village was captured. This book may be one of the best third in a series books I have read and it was a bittersweet read knowing that it would end on the last page. But I still raced through it to see what would happen to everyone. No one was left out, we revisit with Mason, Omar, Levi, Jemma, Shaylinn, the twins and many more. At this point I don't know that I can or should say much about the plot line... read the first two books to know what is going on and then just enjoy. If you are a fan of The Hunger Games or Divergent then these need to be on your To Be Read pile!