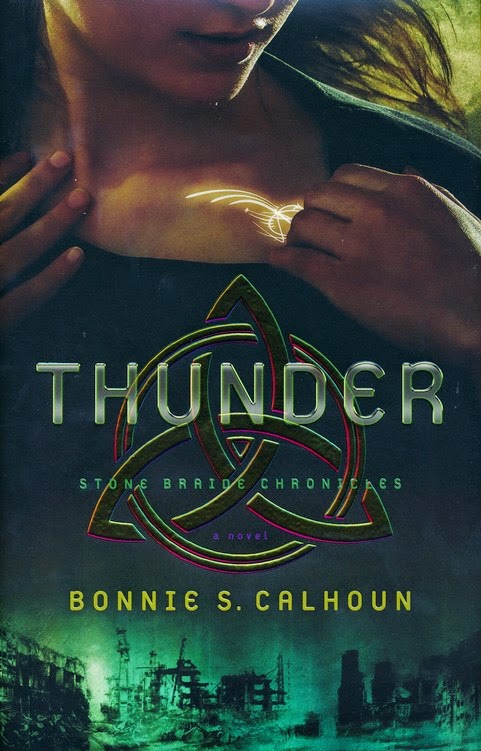 
In post-apocalyptic America, Selah Chavez is crouched in long grass on a shore littered with the rusted metal remnants of a once-great city. It is the day before her eighteenth Born Remembrance, and she is hunting, though many people refuse to eat animal flesh, tainted by radiation during the Time of Sorrows. What Selah's really after are Landers, mysterious people from a land across the big water who survive the delirium-inducing passage in small boats that occasionally crash against the shoreline. She knows she should leave the capture to the men, but Landers bring a good price from the Company and are especially prized if they keep the markings they arrive with.
Everything falls to pieces when the Lander Selah catches is stolen by her brothers--and Selah wakes up the next morning to find the Lander's distinctive mark has suddenly appeared on her own flesh. Once the hunter, Selah is now one of the hunted, and she knows only one person who can help her--Bohdi Locke, the Lander her brothers hope to sell.

MY REVIEW:
I am finding myself drawn to Dystopian YA lately... I'm not even sure why, maybe that is seems to be set in an alternate universe or maybe because it is about overcoming everything that has gone dreadfully wrong... I don't know. But I do know that in light of the Hunger Games and Divergent, Bonnie Calhoun has hit upon a new and different take on the dystopian scenario.
I didn't know what to expect and I was pleasantly surprised by just how much I enjoyed this story. Selah is a fabulous heroine... on a journey of self-discovery but in no way, shape or form is she perfect. Far from it and she knows that, but she feels a need to prove herself... and then a need to make things right... and then a need to be part of something bigger than herself. By the end she does all of those things, and the series is only beginning. I am fascinated by Bohdi and his race of the Landers and we don't know much about them by the end of the book, I have a feeling there are a lot more details to come in the next book.
I really enjoyed following Selah on her journey and am looking forward to book #2 "Lightning"!
Posted by Janna at 8:58 PM